What to Know Before Moving to Oxford 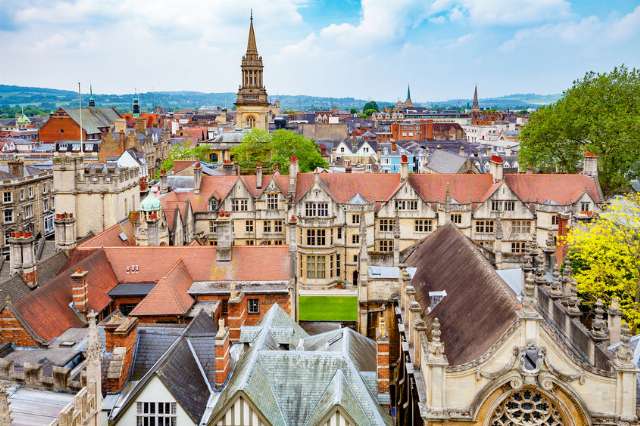 Oxford is one of the world’s great cities, famous for its university, the oldest in the English-speaking world.  Termed as the ‘city of dreaming spires’ by Matthew Arnold, the 38 colleges which comprise the university, dominate its medieval centre.  Rich in history and culture, Oxford is an extremely desirable place in which to live. If you are lucky enough to be moving to Oxford you need to be aware that in terms of house prices it is the most expensive city in the United Kingdom, as a multiple of average earnings, house prices are even higher than London. It’s perhaps not surprising then that over 46,000 people commute into the city to work in this beautiful city.

The city of Oxford is also a great place to move into for growing families. Aside from its namesake university and the Oxford Brookes University, the city is also home to several excellent schools in primary and secondary education. In case you’re already planning to move to this beautiful city, make sure you include hiring a Removals or Man and Van company in Oxford to help you worry less in transporting your belongings.

Oxford has very low levels of unemployment, more than 1% less than the national average.  There are over 4,000 businesses in the city employing upwards of 118,000 people.  Many people living in the area are employed by Oxford University and in the public sector. A growing hi-tech industry is also present in the area.

Teaching has taken place in the city of Oxford since the 11th century, and the beautiful college buildings of Oxford University are its glory.  Used as film locations for the Harry Potter series, the colleges are an architectural delight and can be visited by arrangement. The presence of the university also ensures that the city has a rich cultural life of music and theatre.

The city is also home to several primary and secondary schools that adhere to the educational standards Oxford is known for.

Moreover, if you’re a college student moving to Oxford to study, might as well check out our student storage guide and ultimate student moving checklist to make your move a lot easier.

Other moving guides will tell you that simply walking the ancient city streets of Oxford is an entertainment in itself, but there is also ample provision for the 7 million tourists who visit the city every year.  A wide variety of shopping is complemented by top-quality restaurants, and for those who enjoy an English pub, Oxford has several famous watering holes. ‘The Eagle and Child’ is renowned as the location in which J.R.R. Tolkien and C.S. Lewis met and the ‘Jericho Tavern’ was the venue for the first public performance by Radiohead.  Tours of the university colleges and tours of Harry Potter filming locations are very popular, as are river cruises.  The Museum of Natural History, The Pitt Rivers Museum, and the Ashmolean Museum are all outstanding and should not be missed.  The magnificent Botanic Garden is the oldest botanic garden in the UK. It is a family friendly tranquil respite from the bustle of the city.

Part of Oxford’s beauty derives from the golden Cotswold stone, from which many of its buildings are constructed. Meanwhile, in the north of the city lie the delightful villages of the Cotswolds, waiting to be explored.  Blenheim Palace, famous as the birthplace of Sir Winston Churchill, and Stonehenge are also easy day trips from the city. There are a variety of summer festivals close by, such as the Wilderness Festival and the Rewind Festival, which attract thousands of visitors each year.

Part of Oxford’s beauty derives from the golden Cotswold stone, from which many of its buildings are constructed. Meanwhile, in the north of the city lie the delightful villages of the Cotswolds, waiting to be explored.  Blenheim Palace, famous as the birthplace of Sir Winston Churchill, and Stonehenge are also easy day trips from the city. There are a variety of summer festivals close by, such as the Wilderness Festival and the Rewind Festival, which attract thousands of visitors each year.

Getting around Oxford is quite easy, as most locations, as well as the city centre, are easy to access on foot. However, even then, the city of Oxford has a comprehensive public transport system. It begins with an extensive bus network, which makes it quick and easy to ride a bus anywhere in the city.

Taxis and cars for hire are also available in the city, making travelling very convenient for almost anyone. It is important to note, though, that the roads in Oxford aren’t always friendly to drivers. There are numerous one-way streets and limited parking spots, which is why many residents get around by either walking or on bicycles.

Oxford is also connected to several transport links via the national rail, thus making it accessible, even for those making the commute to London and vice versa.

Other Things to Think About

Whether you’re moving from within the United Kingdom, or you’re from another country moving abroad, there are many other factors to consider rather than just the living costs and cultural offerings of the city. Things like, if you are looking for accommodation in Oxford, where to leave your possessions or a new home. The answer, well you could leave it in self-storage while you look for property.

Other things like the necessary payments, such as home insurance to protect your home from events that damage your home or your belongings, possible school fees, parking permit costs, and council taxes among many other financial and physical burdens that should be fully considered, too. Make sure to check out shipping costs offered by several shipping companies to ensure that you save money while making the move. Also, don’t forget to check out the Oxford City Council website to learn more about their programs and services.

If you are moving because of a job, it is also best to check out whatever relocation package, or even international moving packages your company is offering. Use this information to fully understand just how much moving costs in your situation. That said if all still suits your household’s current situation without your bank account taking a huge hit, then leave no more delay in moving to Oxford, a beautiful, bustling ‘city of dreaming spires’.