We are a company who understands how stressful moving can be. We have minimum of 5years experience in this family run business, we are a removal company you can trust. 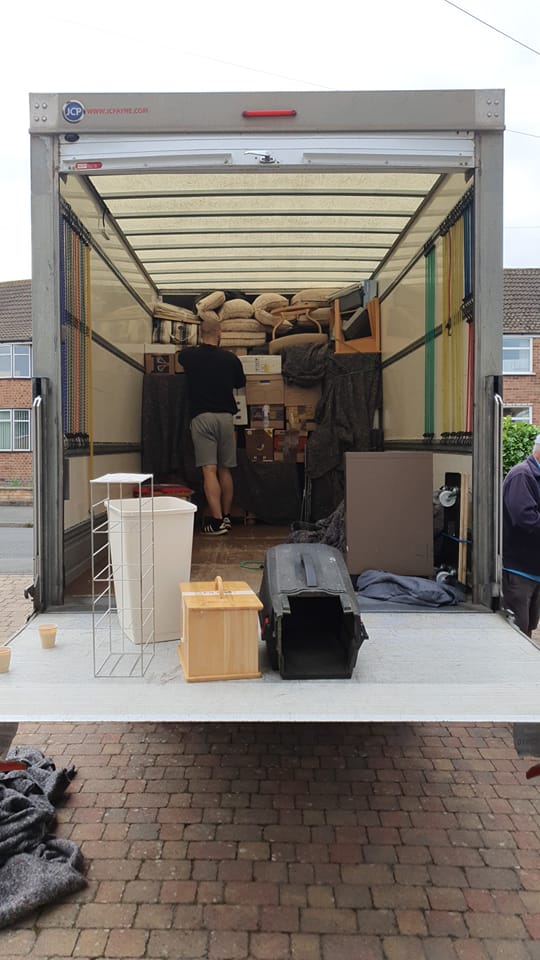 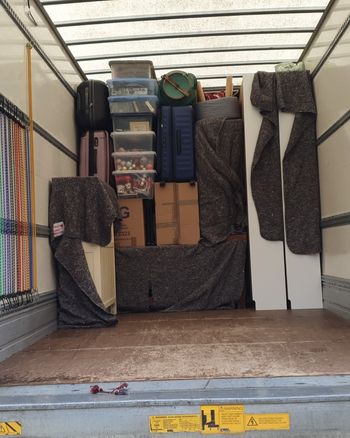 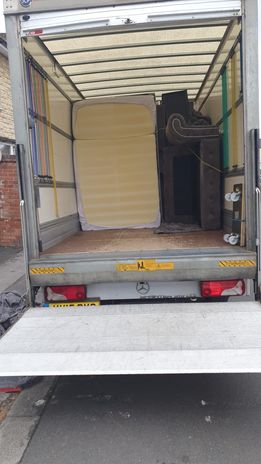 Monarch Removals & Storage provides professional removal services throughout West Midlands & across the UK. We are a company who understands how stressful moving can be. Our team is here to relieve that stress and make moving stress free. We pride ourselves on our commitment to provide a professional and speedy service at all times, whilst maintaining the highest quality of work. Call us today for a FREE NO OBLIGATION quote.

These guys really know what they are doing. They’re careful, speedy, and polite. Would 100% hire them again!

I have never been so disappointed and let down by a company. I booked these guys 1 month in advance, they were booked in for a 2 day removals, (5 hours) for my business which is due to open tommorow, I was called by Jay, the owner the previous day and advised that he cannot complete the work on that day, as his driver was not available due to some personal circumstances, he then agreed he would get me in on a Saturday 30th Jan, I agreed and he said he would get to me by 5pm, he cancelled by text, saying his driver is delayed, I then reluctantly agreed that he helps me do the move today 31st January, where he said he will be with me for 3pm, I was waiting till 5pm, when he texts to say he will be 1 hour, shortly followed by a text saying his battery is dead, i cannot take this business seriously, you have cost me time and energy and a lot of money, waiting around, and the service is appalling, I would seriously NOT recommend this company to anyone, I have had to resort to arranging a

Excellent professional home removals service, booking was simple. I hired Pure Removals for moving. They delivered as promised for a fixed fee as standard which was a fair price. They also took the time with delicate goods and perishable items such as glass, to ensure things were placed with care in the van. I would definitely recommend and use the service again in future.

I used Pure removals, to move house. Great lads. Very reliable, efficient and trustworthy. Furniture moved from one location to another in no time at all. Would definitely recommend, and use this Company again.

Brilliant guys, really helpful and really professional, all my furniture was handled with great care

Great customer service sham and Nathan were super fast moving my items wrapped everything and secured it I've never seen a company like this with outstanding service and great phone manners to would recommend to all my family. Thanks

What a difference to have a professional team to sort our removal from West Yorkshire to West Midlands! All went smooth and hassle free. As agreed, door-to-door, with care and good organisation. Highly recommend; no disappointments!

These gentleman couldn’t have done more for me. They emptied my storage unit in no time, they packed my items with great care and they unloaded everything exactly where I wanted it. They were super efficient, friendly and helpful. The price was brilliant! I would highly recommend Pure Removals to anyone.

Absolutely awesome to deal with .. fast response to messages very accommodating And friendly guys who didn’t mess about would deffo recommend … highly thank you guys !

I would highly recommend this company for your removals. Friendly, fast and efficient. Very courteous and treat your furniture with care. Thank you!

It was very nice getting help from sham and Big Z (zair) for moving my out our entire house from Brighton to Derby, guys are very helpful and deserve an excellent review, thanks a million!

Pure Removals service was excellent. My move was effortless thanks to the two guys who efficiently packed my belongings neatly into the van, using ties and dust covers, completing in under the allocated time. Thanks Sham and Carl … hopefully got your names correct. :-). I would definitely use Pure Removals in the future and highly recommend them.

Reviewed on Yell
SamS-1148 1 year ago
Excellent service, Thank you.

Booked the day before, arrived on time and friendly. Smooth and very quick process. Would use again. Thank you for your help.

Reviewed on Yell
JenP-74 1 year ago
Fantastic, friendly and professional

The gentlemen were very helpful with our move, made it a lot less stressful than anticipated. Fantastic, friendly and professional service at a good price, 10/10 do reccomend. I can't thank them enough.

Very helpful and solved my problem. Excellent service by the lady on the phone

Reviewed on Yell
JuliaW-230 1 year ago
Toatal let down

I booked this company to do my house removal and 9pm the night before we moved they called and cancelled. Unreliable do not use can not be trusted. Would not have given one star but had to, to submit my review.

Used for moving my mum's possessions into a care home during the 2020 pandemic. The crew turned up early, without masks, had trouble finding the address at both ends, stacked boxes marked "Do Not Stack" and failed to put any protection on the furniture being moved.

I was a bit disappointed; we got the move done and in good time, but I would have preferred greater care and attention to detail in order to make the move go more smoothly.

Reviewed on Yell
PaulaA-108 1 year ago
The best service anyone can ask for. Yes

Workers came on time and got straight into doing the job! I have used many removal companies before however this one has to be the best, very helpful and professional. Will definitely be using them again in the future if need be, thanks for the great service:)

Truthfully, I was a bit nervous and wasn’t expecting much - I called about 20 removals services on the day before my last minute move and ended up settling on these guys. I have to say that the service was second to none! I’ve moved 5 times in the past and never has my removals team taken so much care and attention. They emptied two properties and put it all into our new home - there wasn’t a single blemish anywhere and all of my stuff was exactly as they had found it.

Excellent service for house removal. Highly recommended. Stayed cheerful throughout even in the pouring rain. Made light work of a heavy piano and even took the doors off the fridge in record time when it wouldn't fit through the door and replaced them in the new house without me even noticing. Highly recommend these guys.

Could not be more pleased with the help moving house. Helpful in every aspect even in the pouring rain, even helped remove the doors from the fridge when it wouldn't fit through the door. Highly recommended. Thank you.

Reviewed on Yell
SiC-28 1 year ago
Best removers about !!!

Excellent service, very accommodating, prompt on time,it was a last minute booking and jay made it happen,

I found JAY the owner very helpful and flexible. SHAM AND SHAZ the driver and his mate were BRILLIANT nothing was too much trouble. It was refreshing to work with these guys who enjoyed their work. JOHN GILHOOLY.

Reviewed on Yell
HannahN-74 1 year ago
Seamless and cost effective !

In true house nice form, we made plans to move with Pure Removals at late notice and what can I say - it was seems less. We booked just a week in advance and the process was super easy! I texted the date, time and roughly what we needed to move and the guys turned up with their van, willing and able. Despite working and lifting for 4 hours straight, they didn’t stop! We were mostly impressed with the ease of booking but also the way the removal guys were super careful bringing our things into a very tight terraced house. Nothing was damaged! We even had issues with the size of my headboard going up the stairs and they showed me that it unfortunately wouldn’t fit either way around - most removal men would just tell you it won’t ..

Anyway, aside from the very well planned move, they were affordable and cost effective - so we’ll definitely be using these guys again if we were to move.

Thanks very much for your help chaps!

Very professional, polite and friendly service. We were very happy with everything. We would highly recommend their service.

The service was great, the guys were on time, very professional and also very friendly.I would definitely recommend Pure removals.

They did what they were supposed to quickly and without any fuss and same at the other end.

The driver was extremely polite and very helping. I can't find one fault at all the whole experience of moving was made stress free and was very careful with my belongings. I would highly recommend them to anyone. Best moving company I've ever been with.

I used pure removals not so long ago at all, there was no messing around they came the exact time they gave, when the lads turned up they jumped out and was ready to get stuck in straight away I've never been with a company that are so ready to help out. Thank you so much for moving such a crazy item!
Much love and respect Steven and family.

Very good service really happy with them :). Thanks
The person was really helpful and prices Are reasonable aswel.
I will use your service again soon :).
Will recommend this to everyone

Reviewed on Yell
NeemaM 1 year ago
Absolutely recommend, if you’re looking for a smooth move

The driver showed up on time, we had everything packed but he still helped to get everything in the van, we forgot to get our extra large mirror covered and protected but he secured it in the van and it arrived safely. Driver was very patient and helpful. We also rode in the van and he had very good conversation. It was an absolute fair price as we were moving between 3 locations. I would highly recommend this company and will definitely use them again.

Get quick and easy quotes from a Removals Company near you